I took the train from Milan with destination “city of romance, love supreme and the cruelest betrayal in love’’. I wanted very much to get there. And it was the perfect period to do this trip and to throw myself in front of a mystery, to float freely, to let myself spoiled with the new beauties of Italy.

About Venice are more aware and more, many unknown. More about this city cannot play in words. You have to get there: to feel, to see and to live. This mystical place continues to fascinate generations of tourists, lured by fame and history of the city that floats on water. The first thing that jumps into your eye, once in Venice, is the architecture of the buildings, which bear the imprint of time with nobility. Venetian architecture is a subject that knows no boundaries, that always brings new words of praise, striking us the way it manages to keep in time.

The charm of this town comes largely from strange appearance, which in turn is due to the unusual settlement: the 118 islands separated by 177 canals in a lagoon of Adriatic Sea. The houses are built on wooden pillars – brought from the mainland – introduced into water and passed through a layer of silt and sand until they come to rest on the layer deeper and more resistant, clay, and soil lagoon. Under water, in the absence of oxygen, wood does not rot and undergoing constant water full of mineral deposits, with time, petrify. Most of these columns, which are under water for centuries, are still intact. 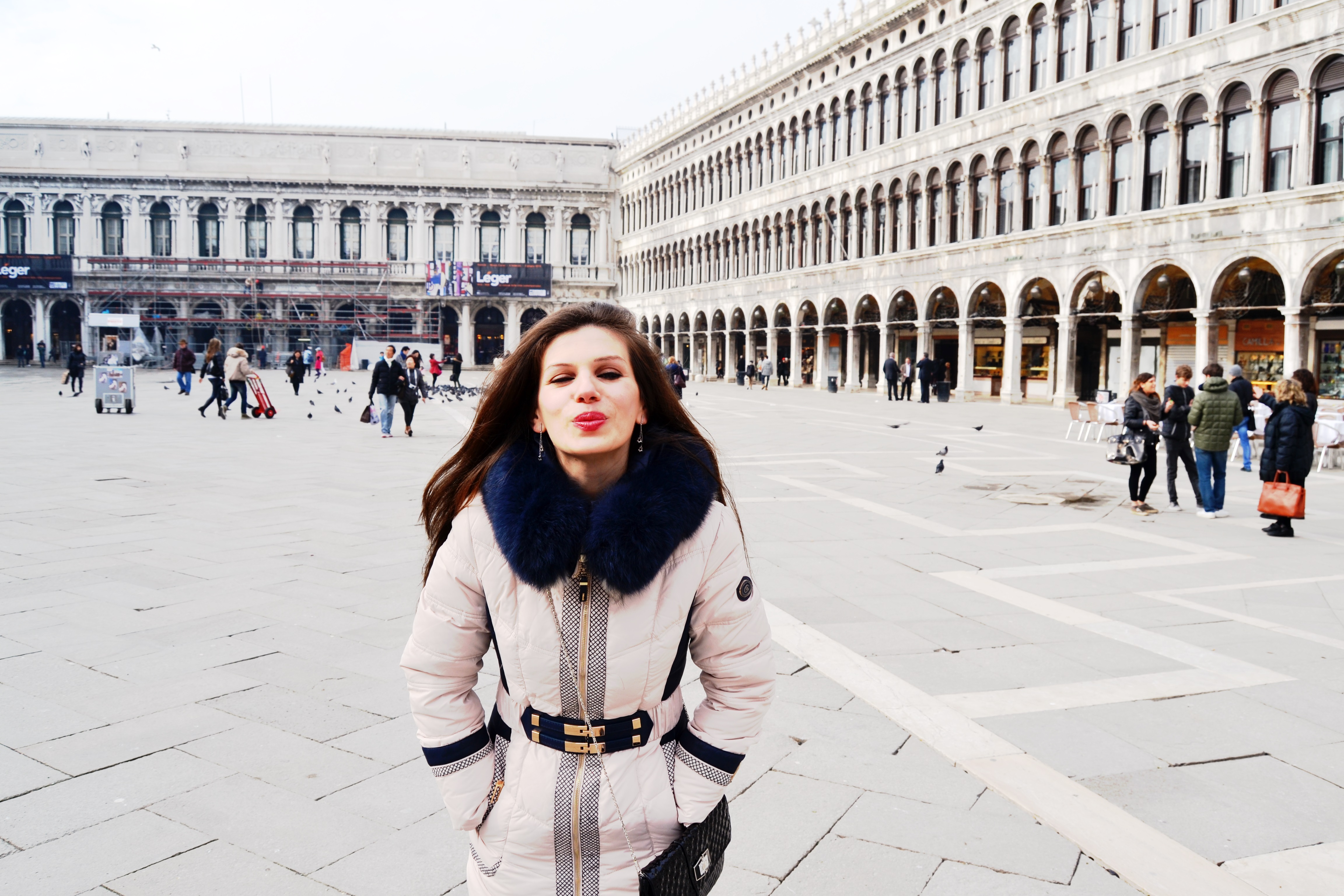 About the origins of Venice I found several variants. One would be that at the beginning, before the Christian era, here lived small populations of anglers, but according to historians, the city was built by Roman citizens, during the middle ages and the Renaissance, Meaning the II -nd century  until the sixth century.

In the 6th century, the Byzantine Emperor Justinian reigns, the current territory of Venice came under Byzantine Dominion, and the influence due to this lengthy and principalities is visible in the city’s architecture. Then the great Venetian families began to build sumptuous palaces, magnificent buildings which adorn the city. Many of these palaces have at least two facades that can be admired both from the sea and on land. Public spaces were also lavishly decorated with statues, paintings, mosaics which often specialists in art history discern Byzantine influence.

Legends of Venice and admiring …

For many people, Venice is synonymous with romance, as indicated, in movies and books. City legends brought fame to the city of love; so many couples choose it as a destination.

Venice is not tired and never sleeps. The number of tourists in search of romance grow in February, close to the Festival international Valentine’s day, but also because it all takes place in February and the world famous Carnival.
Venice streets are a maze and if you find out you have to read continuously building walls, where there are signs. These streets come to life thanks to trendy shops and restaurants that sit crammed and lure you all those narrow and dark, leading to Piazza San Marco.

San Marco square is dominated by the cathedral with the same name that became the symbol of Venice. Built in 828 by Doge Giustiniano Participazio in a Byzantine style,
had the main purpose to shelter the remains of St Marc the Evanelist, the protector of the city.
In front of the cathedral stands the 97 m high bell tower of San MArco. It was built in 1540 and its functionality was observation and watching.
The most well known guardian of the building was Galileo who took advantage of its height and made a lot of studies and observations there.
From here, just a few meters away, you can find the Bridge of Sighs that puts in touch the old jail and the interrogation cells in the Palace of Doges.
It is said that its name comes from the sighs of the convicted people that crossed it, looking outside for the last time before they went to jail, spending their last moments in freedom.
The legend says that if you kiss your loved ones while you cross, right beneath the bridge, your love will never fade away and it will conquer all obstacles.
Another legend tells us about a family of seven sisters, one more beautiful than the other, except one who was not so lucky.
Up until one night when on the sky seven stars appeared, six bright ones and a fading one. In a short time the fading one became the brightest one and so the ugly sister became the most beautiful one.
The Bridge of Sighs remembers us of Casanova’s suffering, the most important seducer of all times that loved 132 women, it’s said.
It is also worth mentioning that the most important attractions of Venice
during the Middle Eve and Renaissance were the courtesans. There were two types of courtesans in Venice. The ones that used to work their way into simple sex trade, sex for money, while the second category
was of those who were very educated, knowing the art of dancing, poetry, talking and so many other knowledges and who used their charm to gain the well living at those times.
They used to receive a very thorough instruction in order to develop those qualities – you can even say that Venice was one of the most important schools for becoming a real courtesan.

Venice seen from above