The best period on Elba island is the end of August and the beginning of September. If you ever choose to spend a quiet vacation there, then this is the right period of time to have a luxury moment there. In addition to that, the weather there, enables you to have a sun bath up until the end of October.

I have talked a lot in the past about Elba island, but I have never said anything so far about the city of Rio Marina.

Rio Marina is the closest point of the island, to the continent, with a view to Piombino canal. The place is famous for many years in the history basically for mining activities of ferrous and non-ferrous metal production. More recently, after the ceasing of mining activities, Rio Marina assumed itself the path of tourism, but because of its past, the city successfully attracts thousands and thousands of tourists willing to explore the remaining of the mines and of a glorious past. Another reputation of the island is the Napoleon’s stay there. According to history dates, when Napoleon came for the first time on the island, he was cheered and welcomed with laurels by the local inhabitants and local officials.

Rio Marina is a small city surrounded by a landscape of red iron hills. The life of the city is concentrated basically in the harbour where there is the beach and the Appiani Tower (a.k.a the watch). Here, there are a lot of restaurants and bars. As I mentioned before, near the harbour, there is a beach, La Spiaggia del Sasso that has a metallic shining effect due to its black sand.

The city is very cosy, surrounded by beautiful beaches with white gravel mixed with sand. A superb beach is Cala Seregola, where you are able to see the remaining of the mines. To the west of Rio Marina, there is Cavo village with bigger and more crowded beaches.

By night, Rio Marina is jewellery lit up by thousands of lanterns. There is an outstanding fire work every year there, for the city day on the 16th of August. If it happens to get on Elba, you must have a stop in the city of Rio Marina, for a walk or maybe a delicious ice cream. 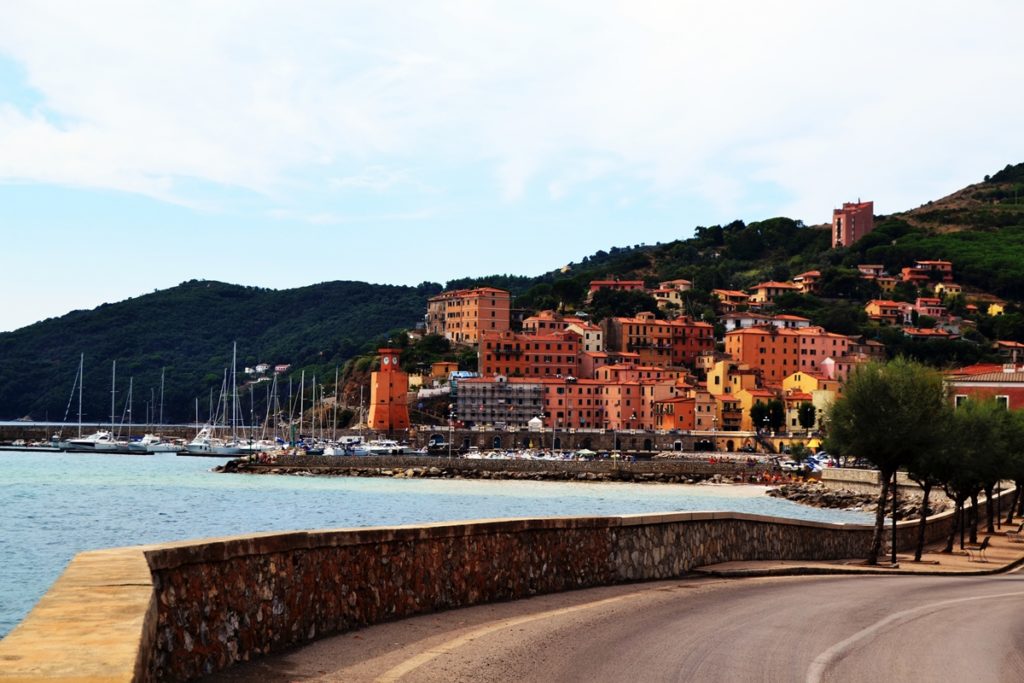 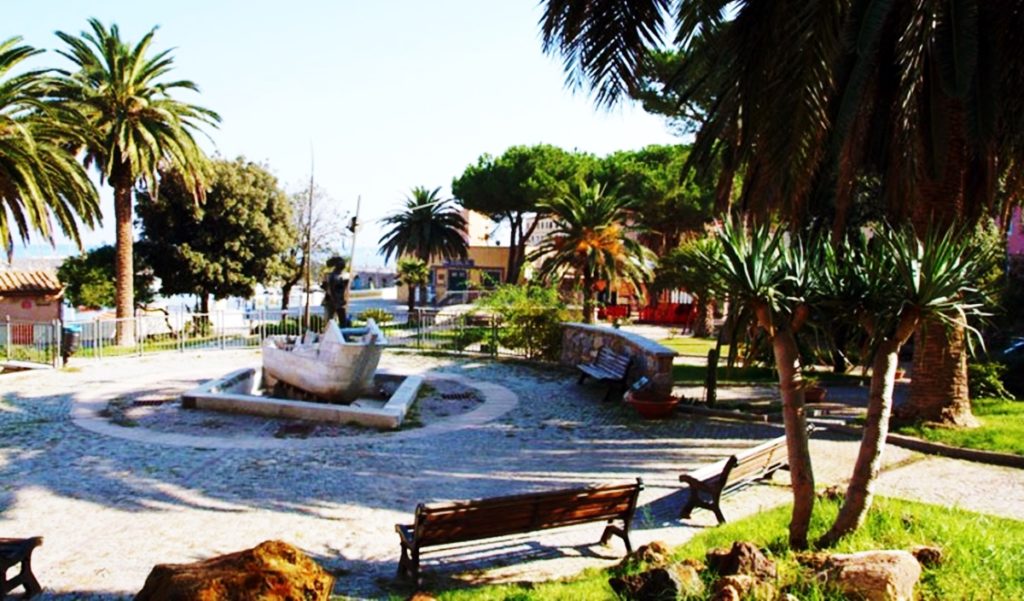 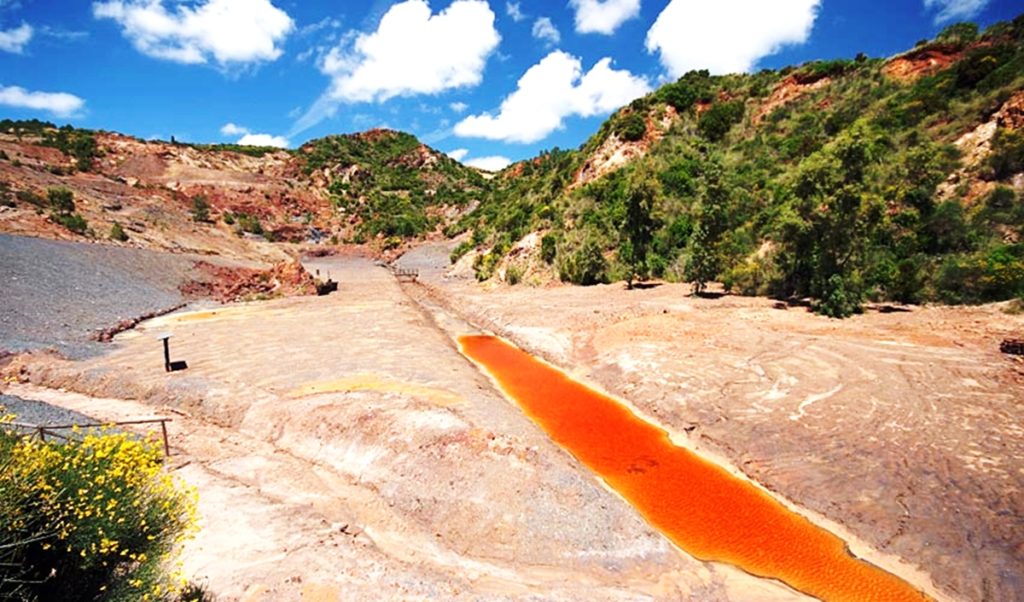 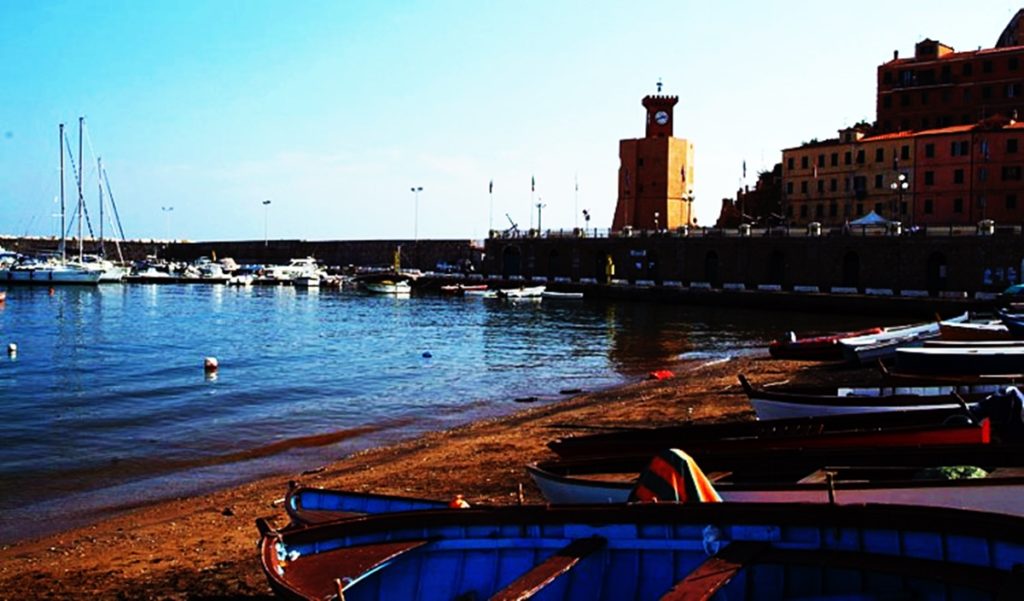 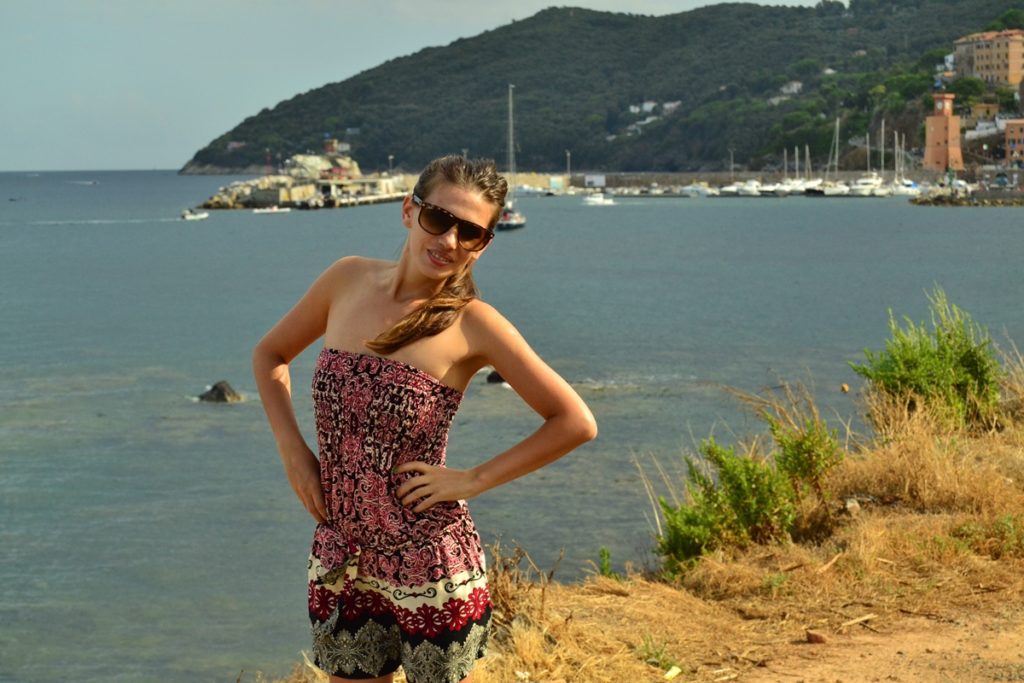 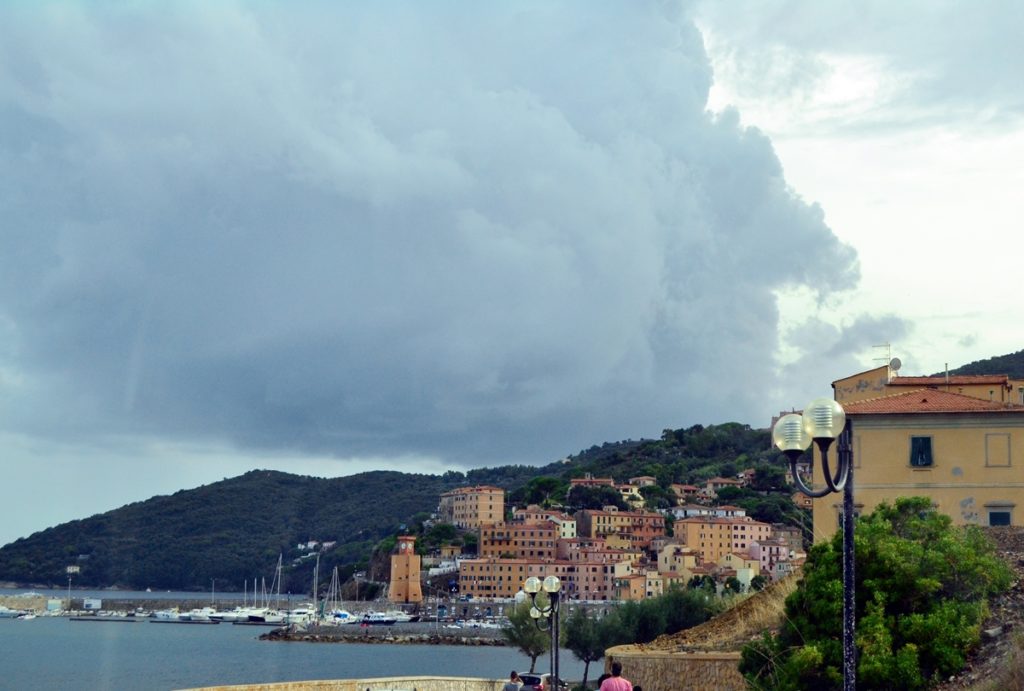 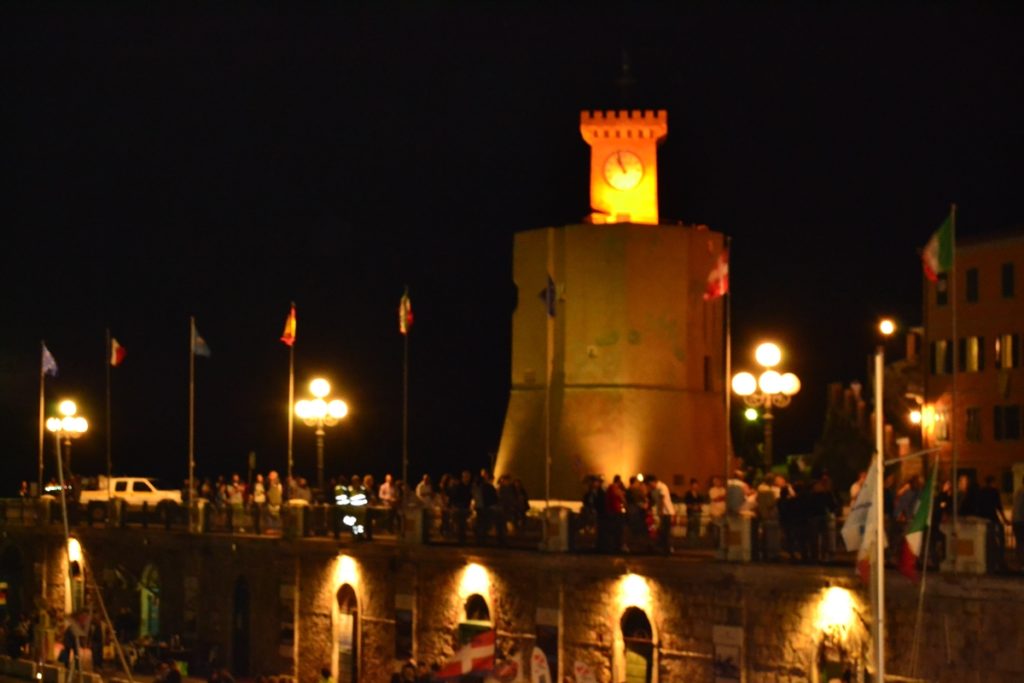 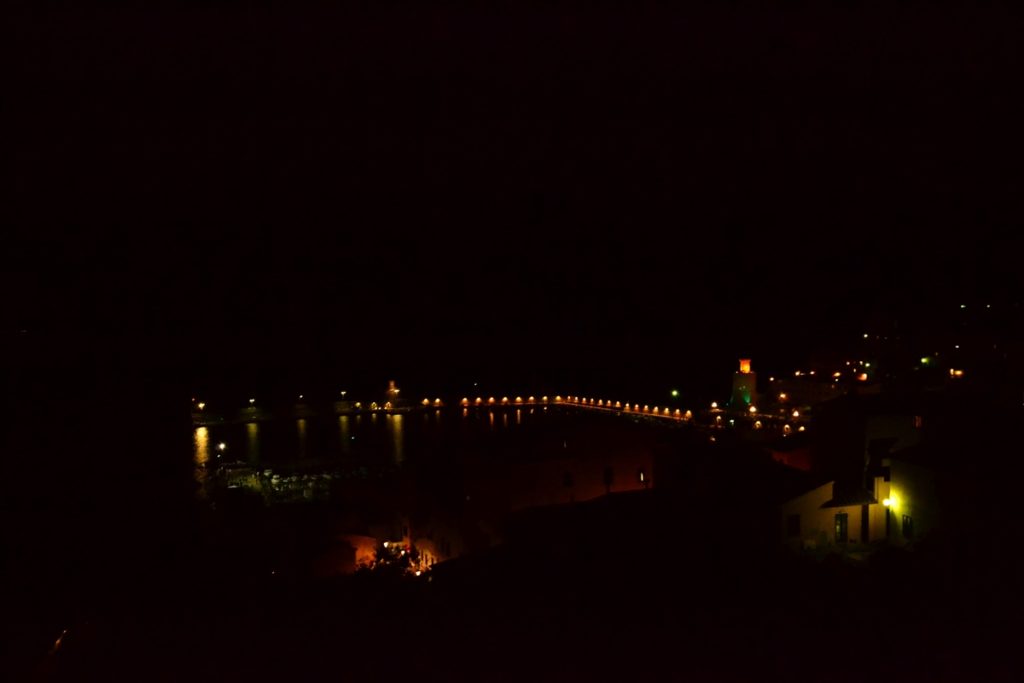 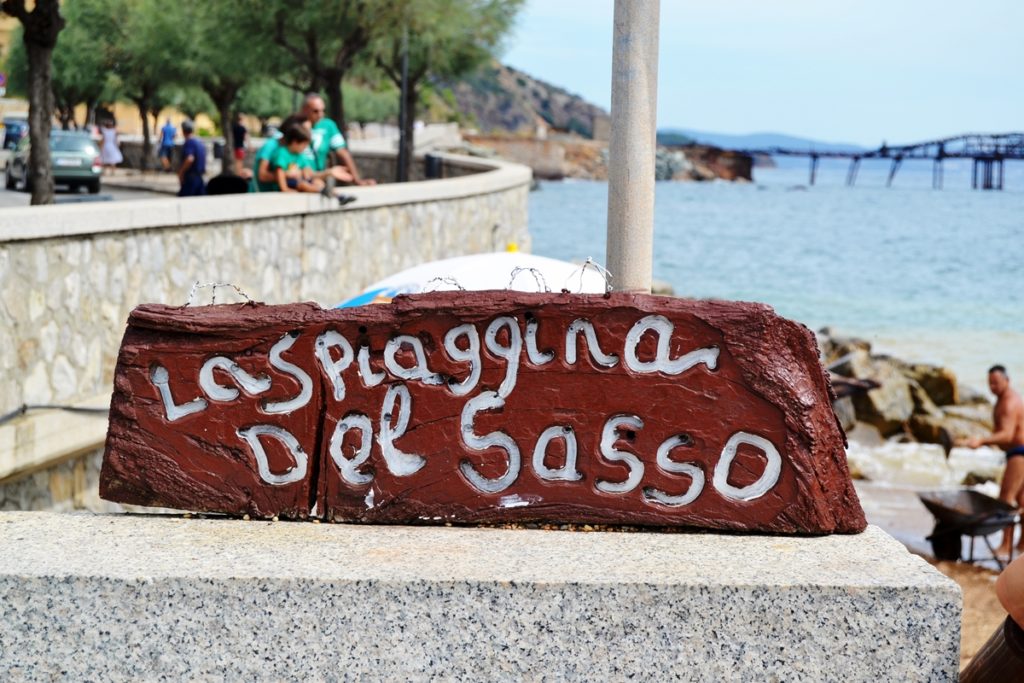 My inspiration: blue and yellow outfit for summer

Sensuality and style on the beach